The Psychology Of Awkwardness III: Failing Like A Boss

Oh.
Did I raise any hopes that you’d wake up one day and be perfectly adjusted, if only you worked hard enough? Scratch “when this is all over”. Here’s a fun piece of news:

This may never be over.

Let’s assume you live to the ripe old age of eigthy. Depending on your current age that gives you some twenty to sixty years to repair the damage done over the first part of your life. Even if you’re only in your twenties now, a whole lifetime is not much time at all for that.

If you’re socially awkward chances are you’ve somehow already wasted a few crucial years others have used to hone their social skills. You may have caught up a great amount and possibly be at ease with the social routine all right; but you still may find you’ll never be on the same level as the extraverts. They keep getting better and better at this game because they’ll always spend more of their time interacting than the average introvert (that is, me and probably you) could ever aspire to. Hanging out with people till sunrise is not a burden for them, it’s fun because their “social batteries” fill when they interact.
While ours piss away.

DOB observed the same thing: “Intellectually and emotionally speaking, the socially awkward man is always five years younger than he technically is, because awkwardness is all about being slightly behind everyone else, always.” And John Cheese agrees, cheerfully adding that you shouldn’t expect anyone to give a fuck: “This is your fight, not theirs. And that will go for every struggle or bad mood or physical sickness you’ll have to muddle through for the rest of your life. Because once that rough spot passes, there’ll be another one behind it.” 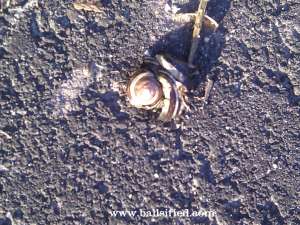 Some days you lose. Some days the others win.

You won’t fail permanently, of course, and no, it probably won’t kill you; but do expect setbacks and frustrations to come your way. They’re unavoidable, so you might as well brace yourself for them and learn how to deal with them so you’re ready when they happen.
That is to say, learn how to fail with grace.
There’ll be lots of occasions when you’ll let arrogant waiters, rude sales staff or bullies at work catch you off-guard. You’ll mull the encounter over in your head after it’s over – probably a classical staircase wit situation – and be pissed at yourself for being weak.

Don’t be. No one can watch his own back all the fucking time.

“This may seem obvious, but it’s something I’ve struggled with my whole life (…) when I make a mistake, I tend to obsess over for weeks at a time, and feel like hurting myself whenenver I think of it. This, combined with the fact that I’m already harshly self-critical, makes this behavior almost crippling. The simple fact is, most of the little fuck-ups you commit don’t really matter in the long run. Life goes on, and most of the time everyone else has forgotten about it, even if you haven’t.” (PWOT forums)

Analyze the encounter and find out what went wrong. Maybe talk to someone about it. Replay it in your head and imagine how you could have changed the outcome.
Don’t stick to a routine that never gets you anywhere. “Doing the same thing over and over and expecting a different result is the very definition of insanity” (thank you). And once you’ve found a good alternate script, learn it by heart and hang on to it because it’ll happen again and then you’ll be better prepared. Maybe there’ll be a different asshole, maybe the same person again. If it fails again, go back to your mind lab, tinker with the recipe some more, and wait for the next round.
It’ll come. There are so many assholes out there you’ll never run out of opportunities to practice.

They can be found at all levels too. 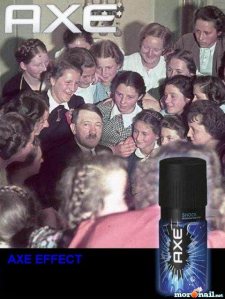 A word of caution – don’t get yourself all in a frenzy over an imaginary fight. I’ve been there, eventually hating people for things they never said.
The nectar of self-righteous hurt is sweet. And poisonous as all hell.

Now let’s get back to the two helpful quotes above. The bad news is that Daniel and John are right. We may always be a few yards behind the curve.
The good news is that it’s totally possible to move out of the critical stages of near-social autism and live a life qualifying as “happy”.
So what if I’ll never feel perfectly at ease in the midst of large crowds because they drain all the life out of me? I adjusted my ambitions. Specifically, I became a counselor so I’d always have my own office – fuck you, cubicle farms – and get to work with people one-on-one all day. Also, I turned my quietness into an asset by doing something that requires active listening rather than incessant talking.

Oh, and about that,

“I talk about awkwardness a lot, but at the end of the day, it’s not a disease. As paradoxical as it might sound, I’m actually super comfortable with my awkwardness (…) Stop trying to convert introverts into extroverts; you don’t see us telling you to “shut the hell up once in a while.”

Although, hey, that might be nice, if you did that.” (Should get a medal for that one, DOB!)
Still, there may be many reasons to work toward change. To reach a certain goal, avoid certain disadvantages, or simply because you can.

It’s important to realize that the human personality changes at an excrutiatingly slow rate – remember the oil tanker? Bearing this in mind protects you from frustration if things take longer than you expected.
It also protects you from scammers. Many self-help books will throw something like “ten easy steps” at you and promise a total and radical change of your entire being within weeks. That’s bullshit. While your personality is not cast in stone, it certainly is about as flexible as that tanker, or maybe a tree trunk.
I kinda like that picture. Just like the tree, your personality grows over a lifetime, adding layers as the years shape it. Leaving scars and dents, yeah, sure, but also those heart-shaped etchings to fondly look back upon. Oooh, lovely.

Am I sounding corny? Fine: You will also get pissed on a lot. Better?

And just like a living piece of wood, your tree of life can be left alone to grow awkwardly and erratically – or actively shaped to form something new and exciting.
A time-consuming and painful but ultimately extremely rewarding process.
Patience is the key here. 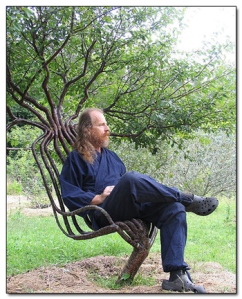 Now, let me introduce you to another major obstacle on the way to self-improvement.
It’s your own goddamn brain.

Holy shit. It’s like the boss of the CIA secretly working for the Russians. (Yep. This kind of thing totally happened.)
How does your own controller manage to sabotage you?
Sticking with stuff like workouts, diets and all the other hard-earned good habits means tossing the bad habits first. It’s like scraping a thick, crusty layer of rust off a metal surface, then etching a new pattern into it.
With nothing but your fingernails.
Which is goddamn exhausting, and that’s why your brain is sabotaging you: it wants to save energy… stay relaxed, keep on chilling. Sorry I have to break it to you, but your brain’s a fucking stoner hippie.

Seriously. Old habits don’t require much energy while switching to new routines means firing up the afterburners. To stick with that new picture, changing course always means steering against the efforts of the autopilot. He’ll try to quietly kill the boost and ease you back into a cosy glide the moment you’re not looking. 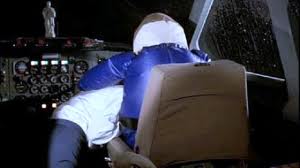 He’s got his reasons.
Paramount/Gstatic

There’s more than just fuel efficiency behind this. Ever catch yourself polishing off entire chocolate bars (sixpacks, Kleenex boxes, whatever) in one go even though you’d sworn to yourself you’d cut back? This is what’s behind it, so relax. I’ll never tire of saying it: Don’t beat yourself up over it.

And whenever you do succeed in fighting off temptation, your brain will just dig deeper into its bag-o’-dirty-tricks: It’ll claim a reward, usually nothing less than the forbidden fruit of the day. This will not only destroy your sense of achievement but make you feel like a failure, possibly causing you to give up altogether and throw yourself right into a binge (called “what-the-hell-effect” by real psychologists. Yes, we can call a spade a spade).

Now you know that failure is perfectly normal and why.
Of course, you’ll want to try again until you succeed. While flunking the course is okay, there are unlimited retries and really no excuse for completely dropping out of the program. Ever.
And by the way, your brain sending out commando teams to blow up your happy synapses like so many bridges is just one reason why…

…change sucks – guess what the next post will be about.