„Self-Knowledge Availed Us Nothing.“

(Relax, this is no AA meeting. I just stole their catchphrase to drive a point home.)

Wait, what?
I know. I’ve been going on about you having to get to know yourself, and all that. While I haven’t technically bullshitted you, there’s something I didn’t tell you.
Just a minor detail.

” ‘I want to learn why I am this way.’
Then what?  Will learning why you made those choices be what changes your choices?  You’re still eating junk food, aren’t you?  You’re eating it while you’re learning  how bad it is.”
(The Last Psychiatrist)

Knowing The Why is important. It’s just not the end, it`s the beginning. It’s the past, not the future. While asking Why oh why you’re facing backwards, you’re facing that beginning. Try leaving home that way tomorrow morning and see how far you get. Walk with your arms up so the forensics team can get your shirt off more easily.

It’s tempting, I know. As with all self-tweaking, Journeying Within is addictive.
Maybe because it’s self-rewarding – after all, it’s slow, difficult and often painful, so how can you not be proud of every step you move forward? How can you possibly want to stop? You don’t want to stop. You want more. You hope to get to the core of yourself, from there to the core of all things, possibly find God or Nirvana along the way – don’t they say prayer/meditation/what-have-you will take us there? That we have to search deep inside of us to find the key, see the grand design, solve the big puzzle?

Well, you know what else they say: Life is like a box o’ chocolates, you never – ewww, fuck! You want to know what’s deep inside of you? I’ll tell you: Lots of poop, that’s what! 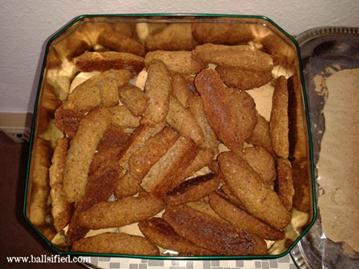 “But… why am I this way?” That question is a narcissistic defense.
I’ve gone very very very far down the introspective “why?” rabbit hole more than once in my life, but at a certain point it’s like travelling between two parallel lines ― you see the lines merge just up ahead, you are almost there, almost at the end, almost at the answer, oh so close. But that’s merely a trick of perspective ― you are forever approaching, but never arriving. –
(The Last Psychiatrist, comment by Medusa)

And this is not a matter of lacking the smarts. In fact, from what I observe, intelligent people tend to walk into this trap more often. Maybe because they tend to ask complex questions, then lose themselves looking for the answers – they read books that egg them on, then keep turning stuff over in their heads, seeing the complications of living some others may miss. They excel at introspection, possibly because nerds and geeks always get more “alone time” than is good for them, and Self is the company we keep.
Well, once you see all those connections, you can’t unsee them, and you won’t be happy till you’ve figured it all out. Granted.
But as with all high-strung machinery: with a more complex mind comes more potential to fuck it up, that should be obvious; and so, higher intelligence is a curse as much as it is a blessing.

Anecdote?
While working on the counselling projects I mentioned earlier, the people that made me want to pull my own hair out on a daily basis all had made it though high school with honors and into college, then just stopped dead in their tracks halfway through or even after graduation – while the engine kept roaring, the gears hat parted ways and never reconnected. They kept tinkering with their own minds trying to “find themselves”, work out their “vision” or “philosophy of life” or some other bullshit, all the while hopelessly entangled in the web of their own planning like so many bugs; and they were on second-class welfare despite an above-average IQ and a head-start into their careers. And no, clinical depression or existential crises weren’t behind it most of the time.

Screw self-actualization. The local coal mine is hiring, so off you go. 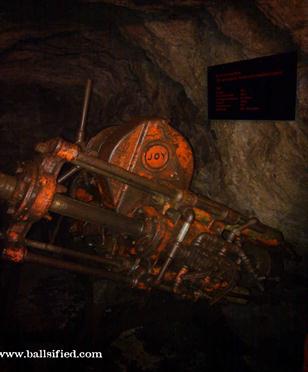 They also often refused to follow the rules I set them because hey, I’m smart! I’m not like the other sheeple! I demand special treatment! But since I was their appointed counselor it was my job to tell them their brilliance wasn’t helping them for jack now because, to get that end of the welfare stick, they’d already had to hit the wall.
The hardest part with that was remaining polite and official instead of screaming into their faces “You’ve spent the last fifteen years jerking off, now you just pull up your goddamn pants and get your sorry ass out onto the street!” Seriously, give me a group of brickies or plumbers any day. Notwithstanding the free-loaders, they’re getting shit done. They’re closers. I’ll always prefer them over political science majors who’ll return to me several months later and just start jacking it again, right there in my office… verbally, I mean.
If your issues have kept you too busy to achieve the slightest thing since we last met and you’re mistaking them for progress, maybe you should get your head checked. 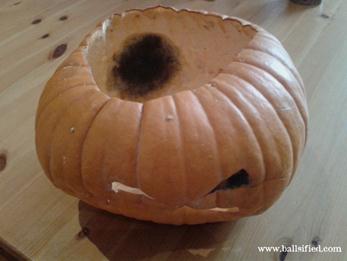 Sing along with me: “I can see clearly now the brain is gone…”
Whoa, that one was bad.

Bur don’t pretend you’re done when you do:

” ‘Self-knowledge availed us nothing.’

Self-knowledge – therapy – is like making a map. You can get a lay of the land – see where things are, where there are mountains and lakes and “Here There Be Dragons” and unexplored territories. And a good map/therapist can get extremely detailed.
But reading the map is not the same as traveling. Reading a map doesn’t tell you what it’s really like to scour for a pass through the mountains (…) or the joy and thrill of discovering New Things. You can only do that by undertaking the journey yourself. Take the map with you. Make changes. Self-knowledge can give you an idea of your shortcomings, flaws, etc. But it’s not an excuse (at least, it should not be), and it’s not a substitute for action.” (The Last Psychiatrist, comment by Anon.)

Repeat that last sentence in your head. Are you hiding behind the drawing-board? Because if you are, you just set yourself a second trap.
Welcome to the wonderful world of self-esteem debt – drawing pride from the certainty of your own future achievements. And woe to you if you fail to deliver on the day of reckoning, a few years down the road.

“I think the idea is that of “potential”, meaning some (or maybe all?) people assume that they are going to achieve a lot in the future, so they allow themselves a pat on the back right now, even if who they are right now isn’t that great (…) what happens when you reach 40 and realize that you are not the kind of 40 year old you were borrowing against? Are you allowed to keep on borrowing even though you haven’t paid your debt so far? The answer: Yes, this is America.” (The Last Psychiatrist, comment by J-CAT )

Which means that, having gambled against your own mental progress, you can technically enter a state of self-bankruptcy – possibly followed by self-foreclosure and ultimately self-liquidation? Will the mob cut off your fingers in your dreams? (Wow, this metaphor really grows on me.) But if the image holds up, then the way out of this is…? That’s right: Going Chapter Eleven on yourself, shredding the I-Owe-Me and saying Fuck it!, watching out for this trap from now on.

Because once you’ve understood this mechanism you’ll see it everyday. It’s behind every unfulfilled ambition and every vague “one day I’ll…”; it’s behind most hollow displays, too, especially the flashy, tasteless ones: yakuza-style tattoos, gangsta hoodies, camo-print clothes, Hummers… they all make the same empty promise of future badassitude.

“These boots are made for walkin’ , and that’s just what they’ll do…”

“‘I’m special right now because of what’s inside me. My thoughts, my dreams, will one day be relevant, one day people will see my true value. Just because I haven’t done anything worthy of praise doesn’t make me not praiseworthy. One day, my potential will just become action, and then they’ll see.’ – Borrowing on self-esteem debt
‘I’m 65 and what have I done with my life? I never took initiative, I thought just being me was enough.’ – failing to pay it back” (The Last Psychiatrist, comment by Anon.)

“I thought just being me was enough…” and there’s your problem, right there! In Change Sucks I already talked about why “just be yourself and you’ll be fine” is the stupidest adage this side of Westboro and will never, ever do. To recap:

– Even to just be you and stay true to yourself you have to work you ass off, otherwise you’re just drifting, to all intents you’re a floating corpse.
– To change in any way, doubly so.
– To even get started, know yourself and your goals.

Then go and kick ass because if you want to wear those marks of glory, earn them. Own them, or they’ll eventually own you.

Don’t be the guy who bought a diesel engine, then let it gather dust until it finally ate him.

“There’s nothing God hates more than some mofo with a cable subscription running out the clock.” (Marshall McLuhan, as quoted by The Last Psychiatrist)

Which brings us around full circle. Hard. Act, bitch! Act!

Special thanks go to TLP and his commenters.